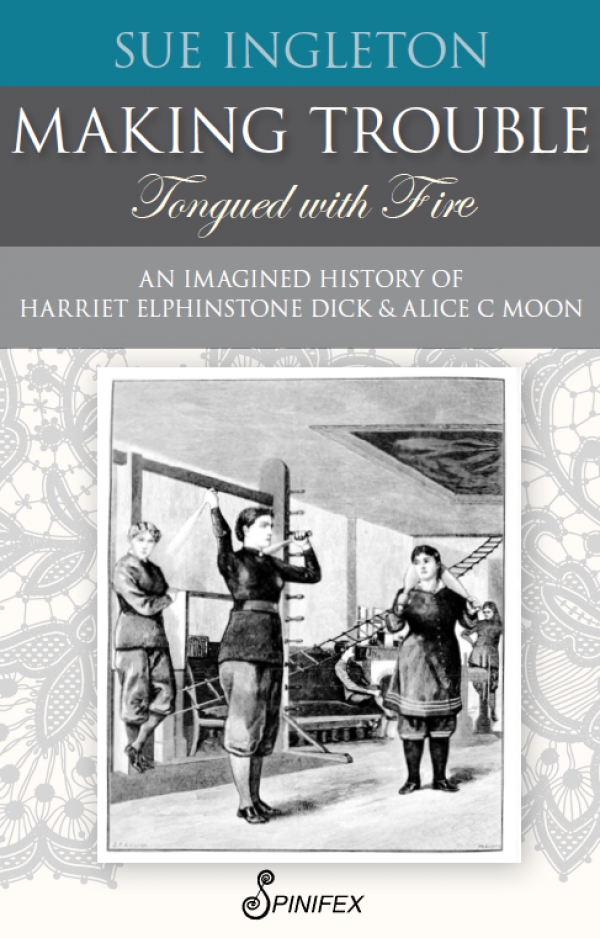 Harriet Elphinstone Dick (nee Rowell) and Alice Caroline Moon challenged the pervading view of women as "the weaker sex". They promoted swimming and physical strength to women and ran commercial gymnasiums despite the common belief these activities were unsuitable and possibly dangerous for women. A local St Kilda connection is brought to light with 'Hegarty's Railway Baths' and 'Kenny's Baths' playing a role in how Harriet and Alice found their way to a new life and livelihood in Melbourne.

Given their lifestyle, their advocacy of exercise and comfortable clothing for women ("take off those boned corsets girls!") and their willingness to challenge male authority, how did Harriet and Alice fare in socially conservative Melbourne? Did their relationship survive? Why did they go to Sydney? What is the mystery about Alice's death? Why don't we know more about these women?

Sue is an entertaining speaker with a detective like drive to unearth women's lost histories.